Lulù Poletti, Melampo designer and founder together with her sister Anna met Hamid in her husband’s architecture studio in Berlin and immediately loved his dramatic designs, full of visions and memories.

The graphics reproduced as prints are two images of strong emotional impact taken from the book Freedom Hospital, where the author is inspired by Syrian artists who have been forced to leave their country.

The first print is inspired by a work by Tammam Azzam “Syrian Museum – Matisse’s La Danse” in which the artist combines two images, mixing art and war chronicle as an element of criticism and in which Western art is a unifying element that makes everyone citizens of one same world. Hamid re- interprets this work by pasting Matisse’s dancers against the backdrop of a Syrian square packed with protesters. The second graphic is a recurring theme in Sulaiman work and represents a thick white rain on a ink black background.

The collection will be presented on September 20th during Milan Fashion Week inside the 10CorsoComo store, through a site-specific set-up inspired by Hamid’s book, in particular a photo of Ammar Abd Rabbo “Aleppo, Into the Wild” documenting the fragile anti-sniper barriers built by stitching sheets, tabletops and carpets together.

In the installation created with shirt fabrics entirely hand-painted by.

Hamid, five dancers blended into the kaleidoscopic world of his illustration. 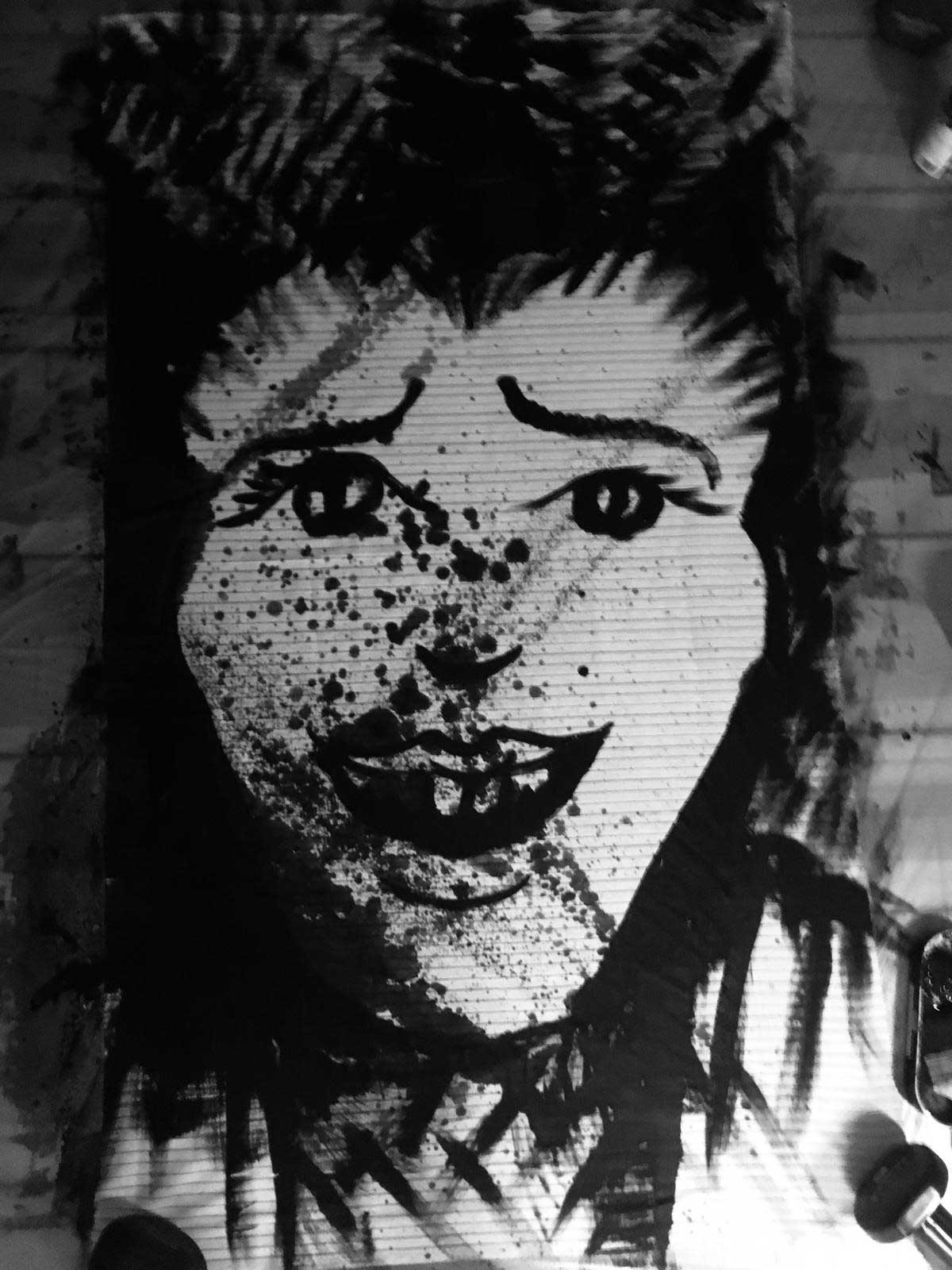 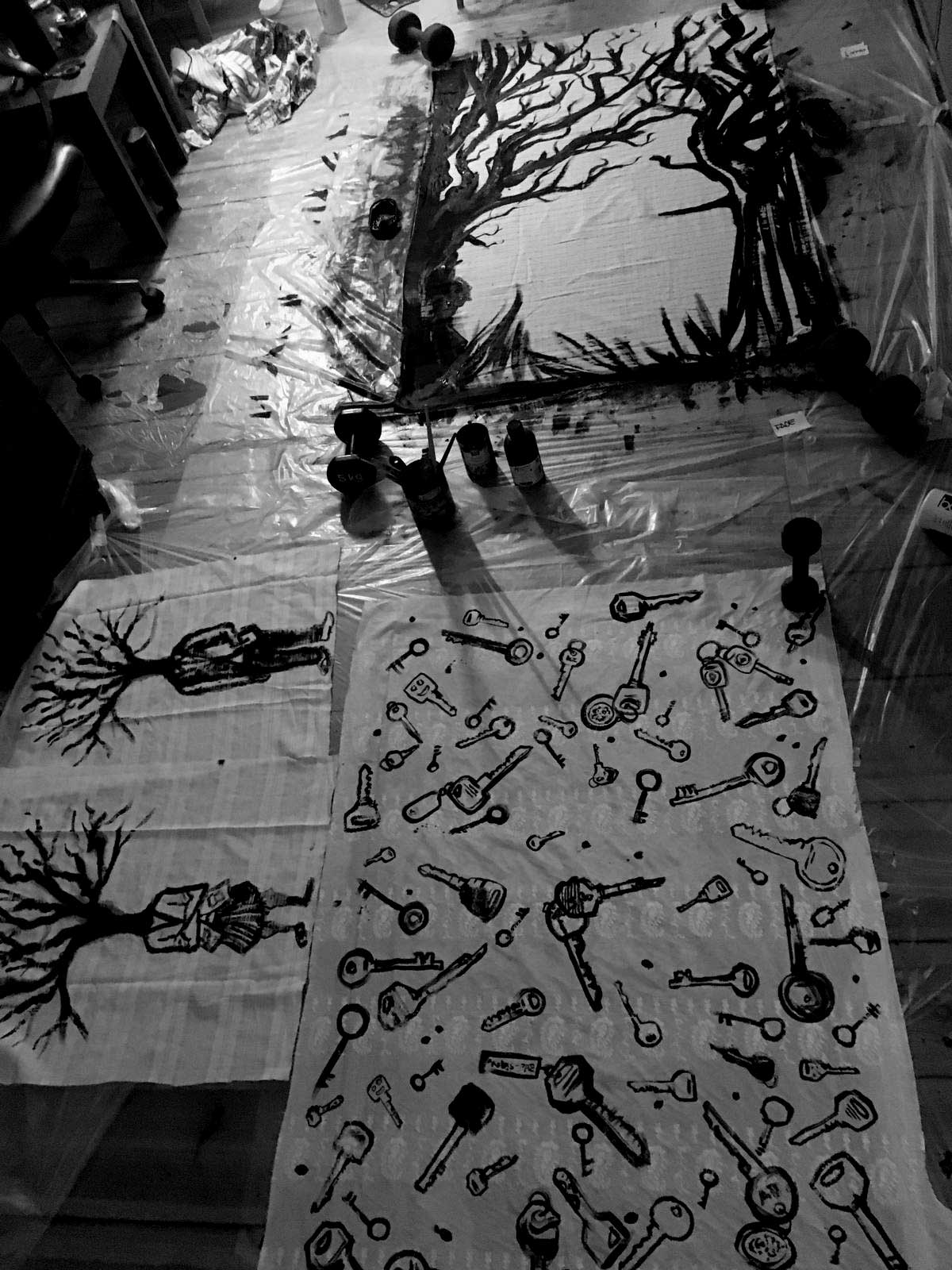 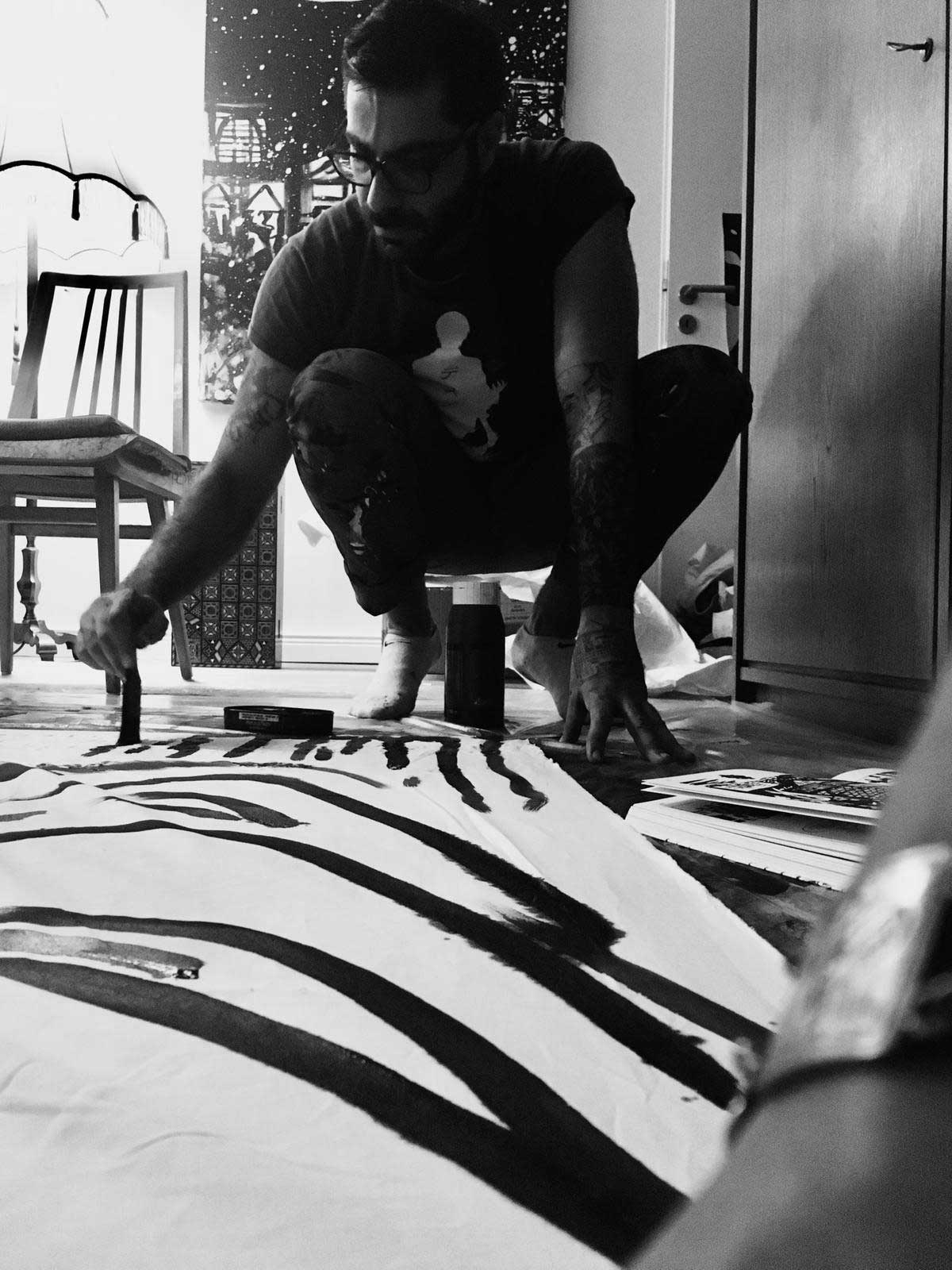 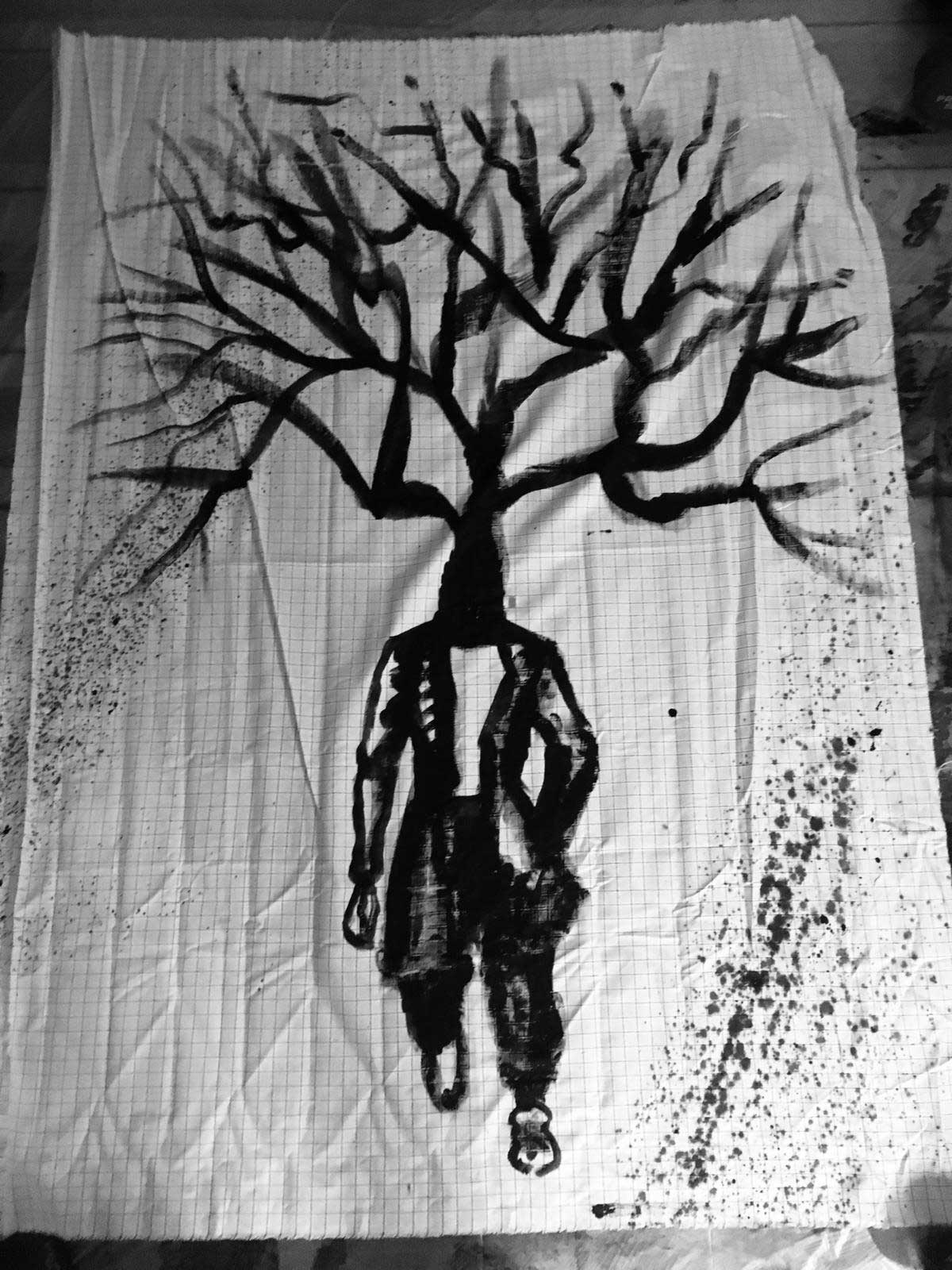 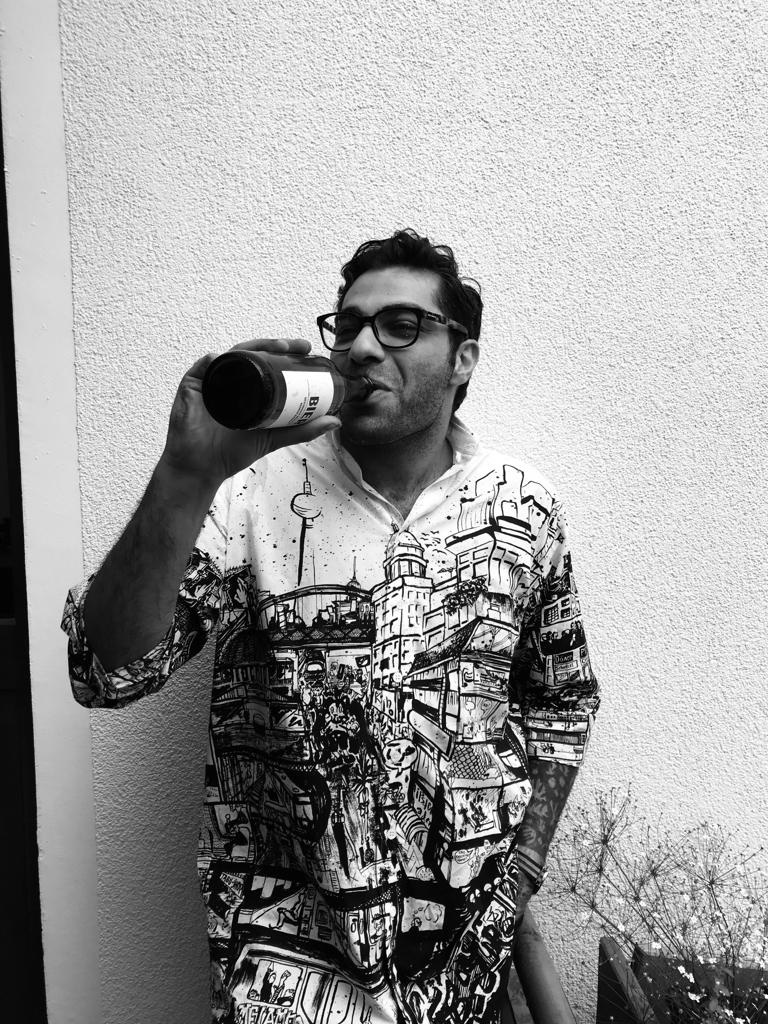 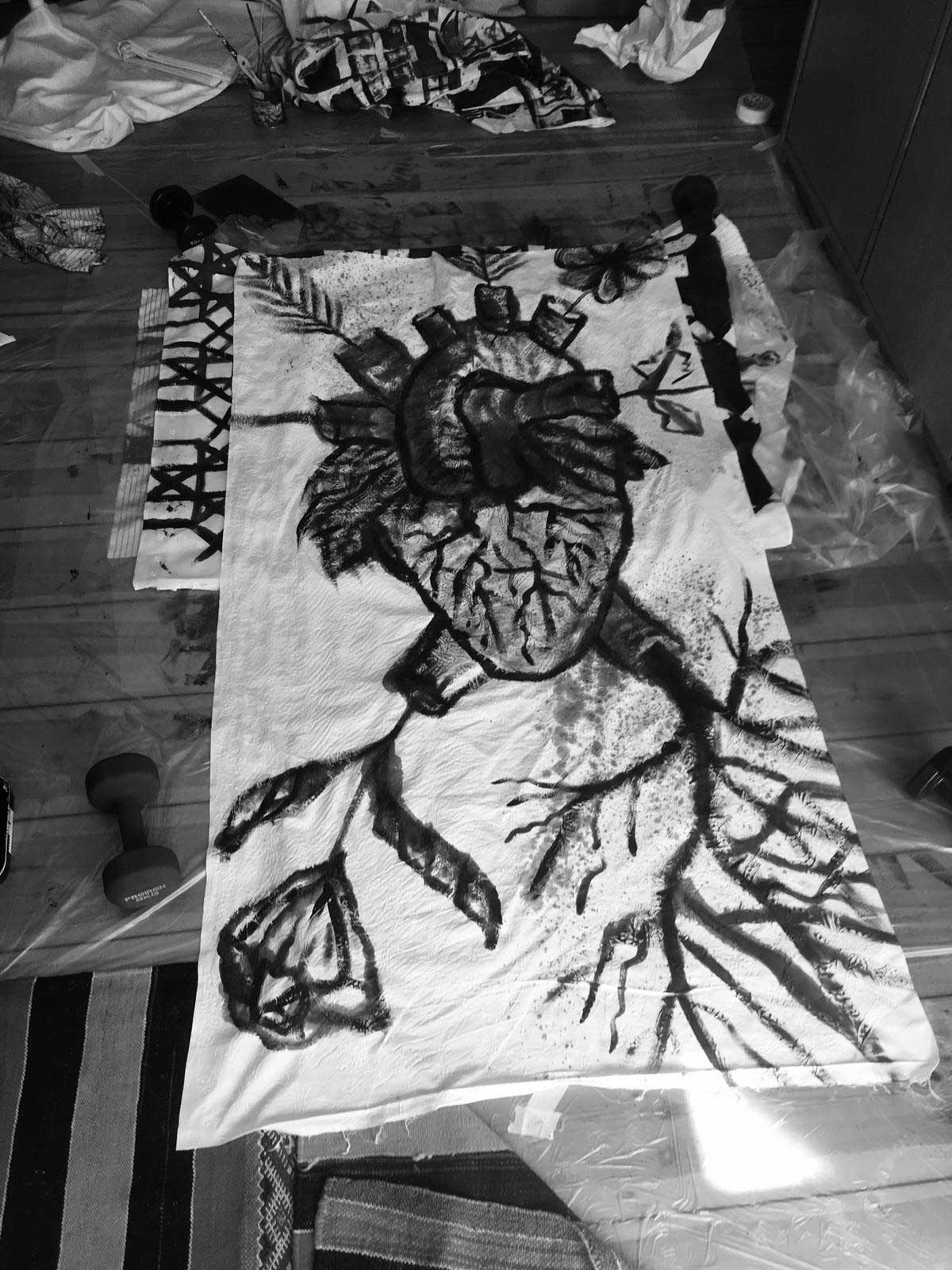 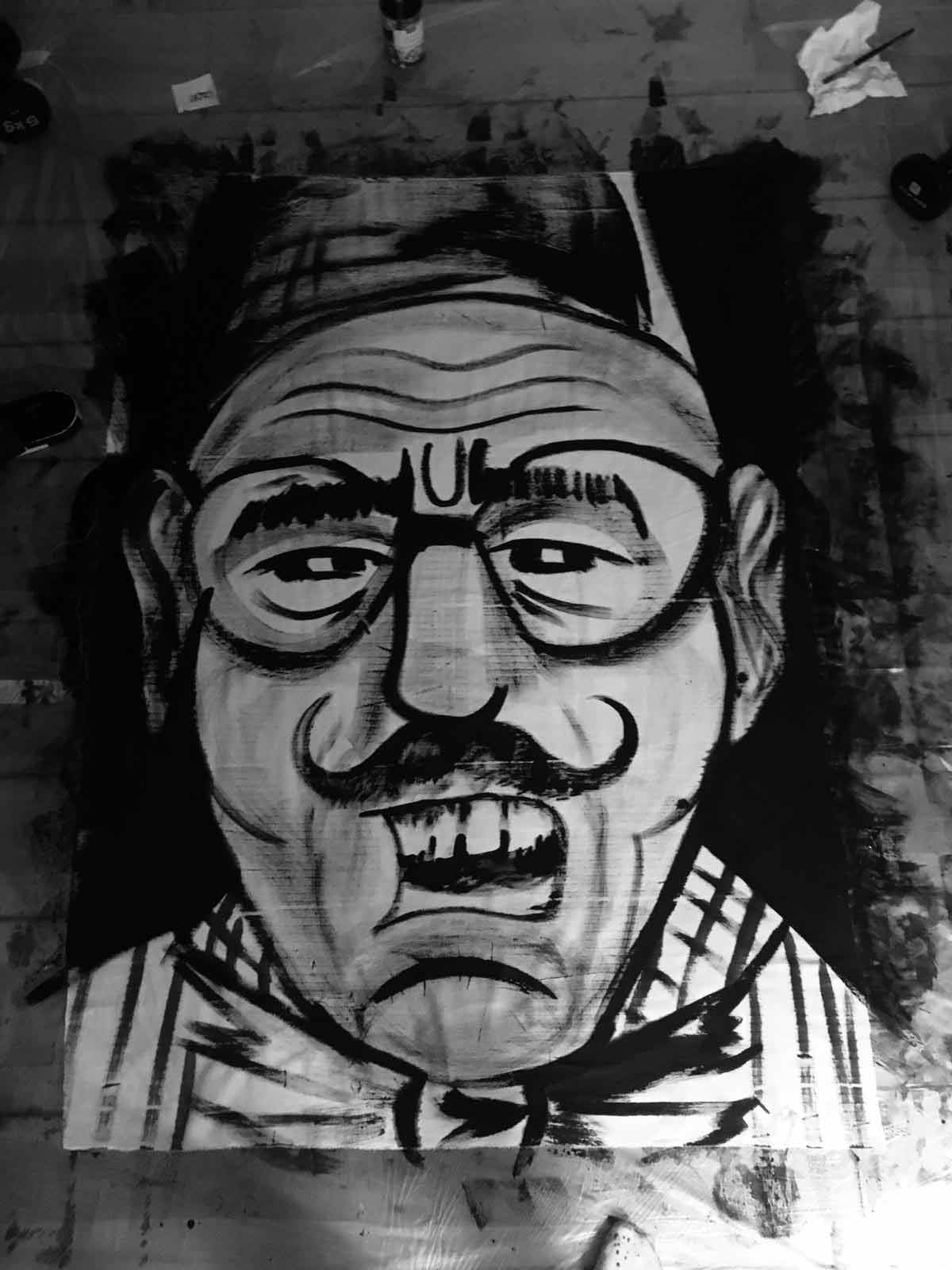 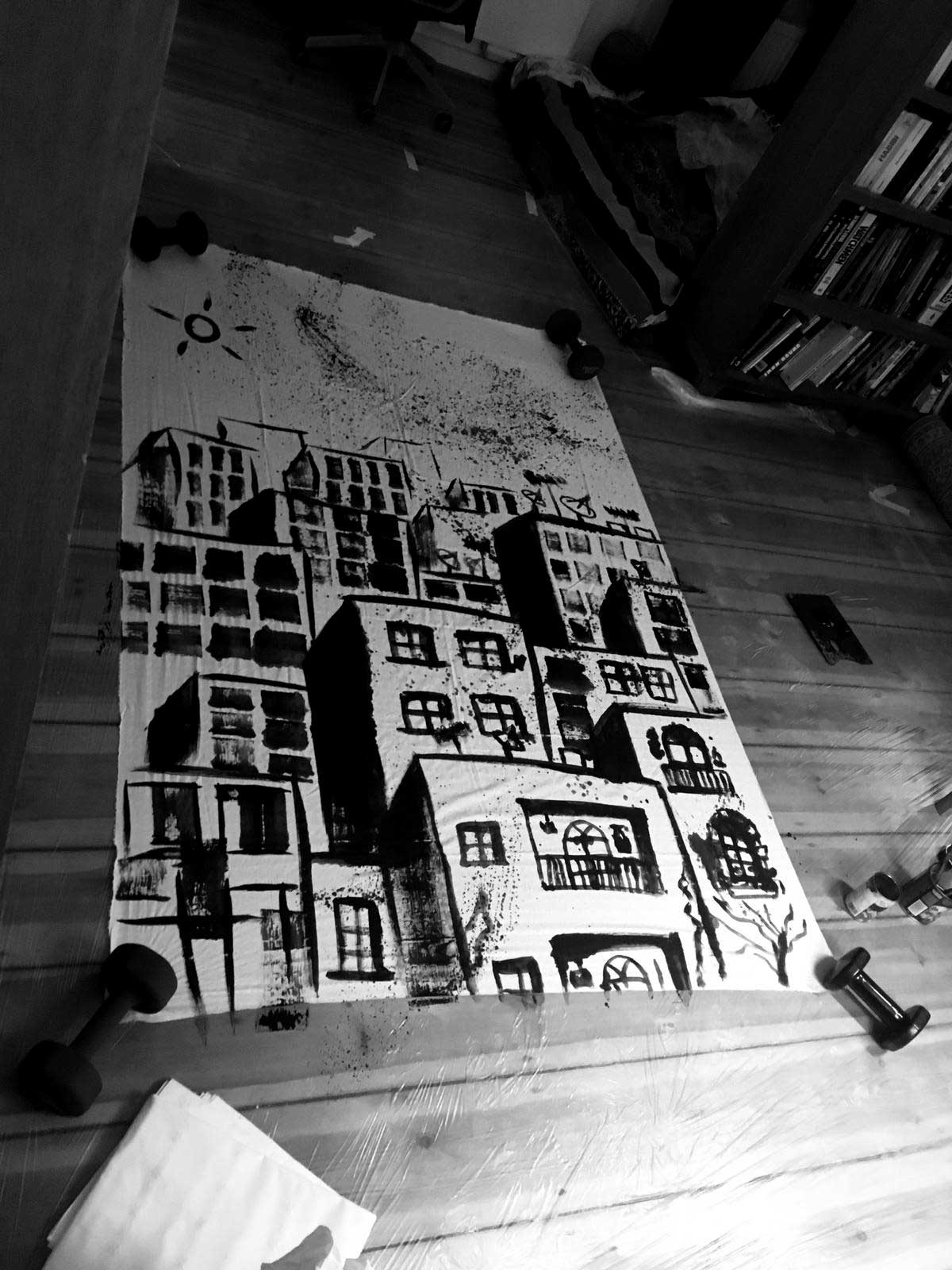 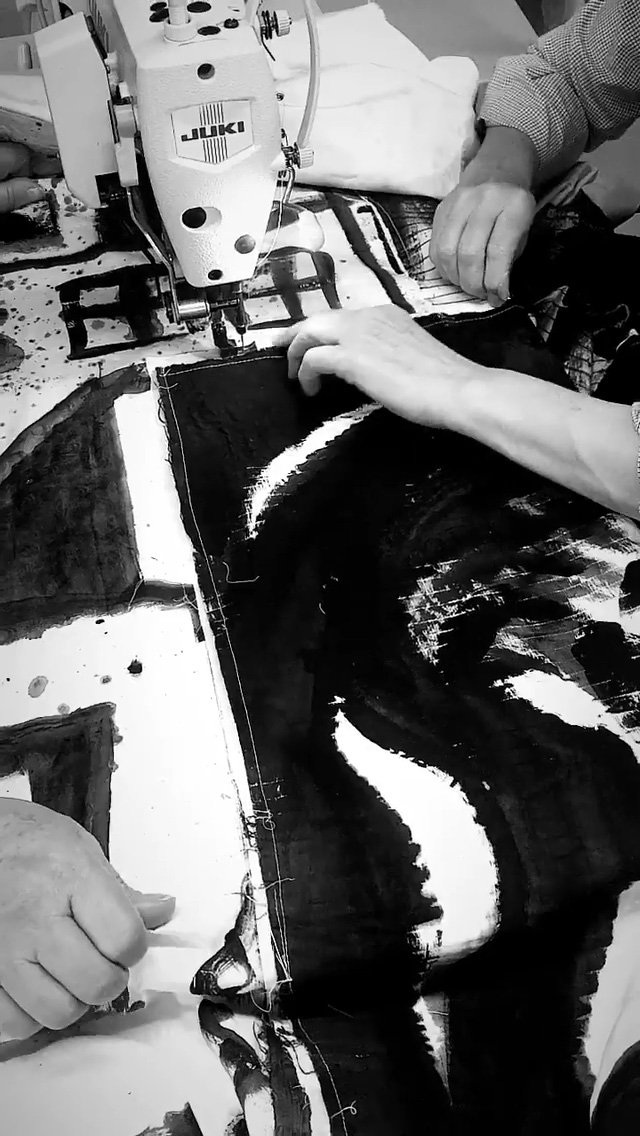 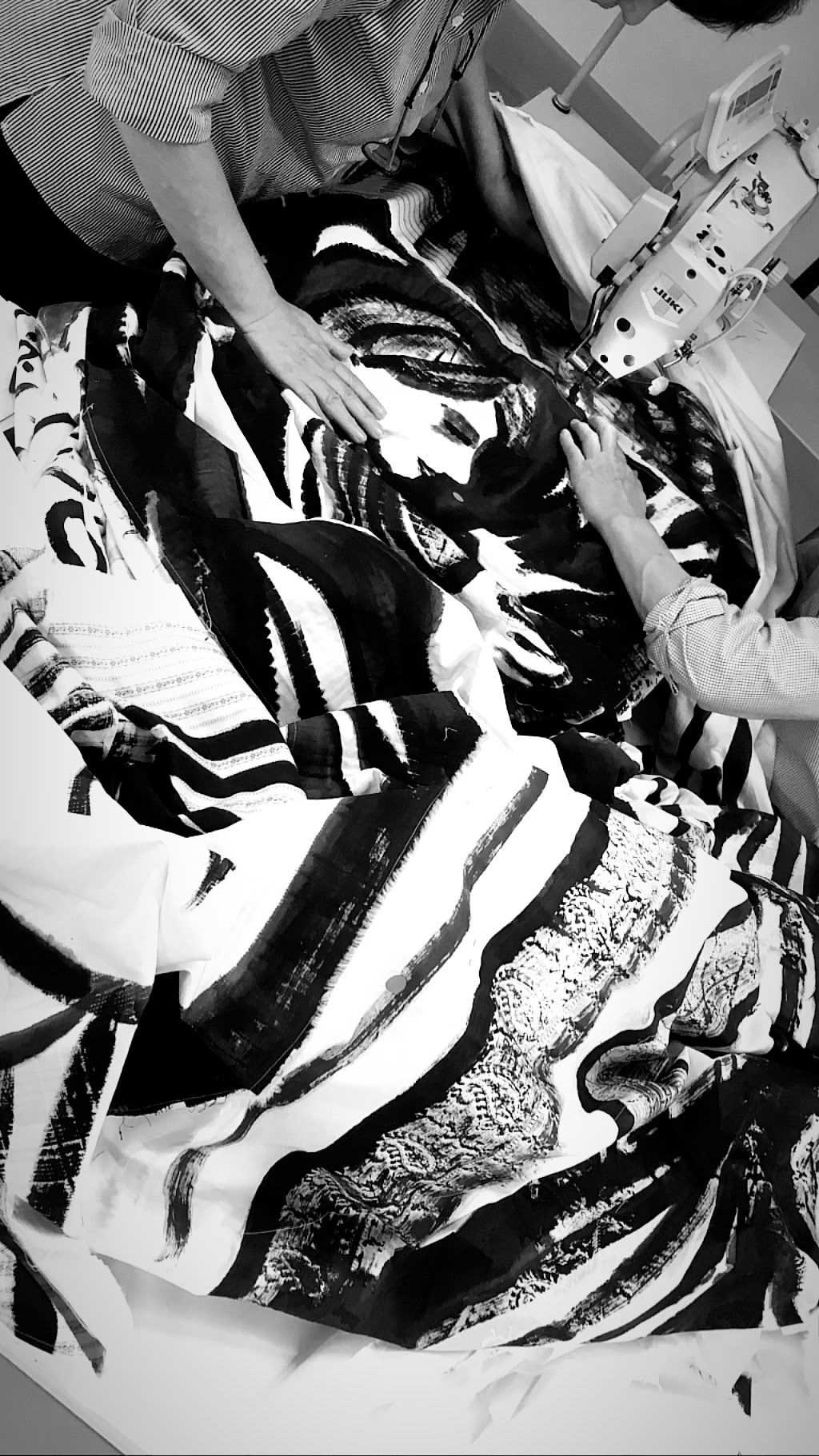 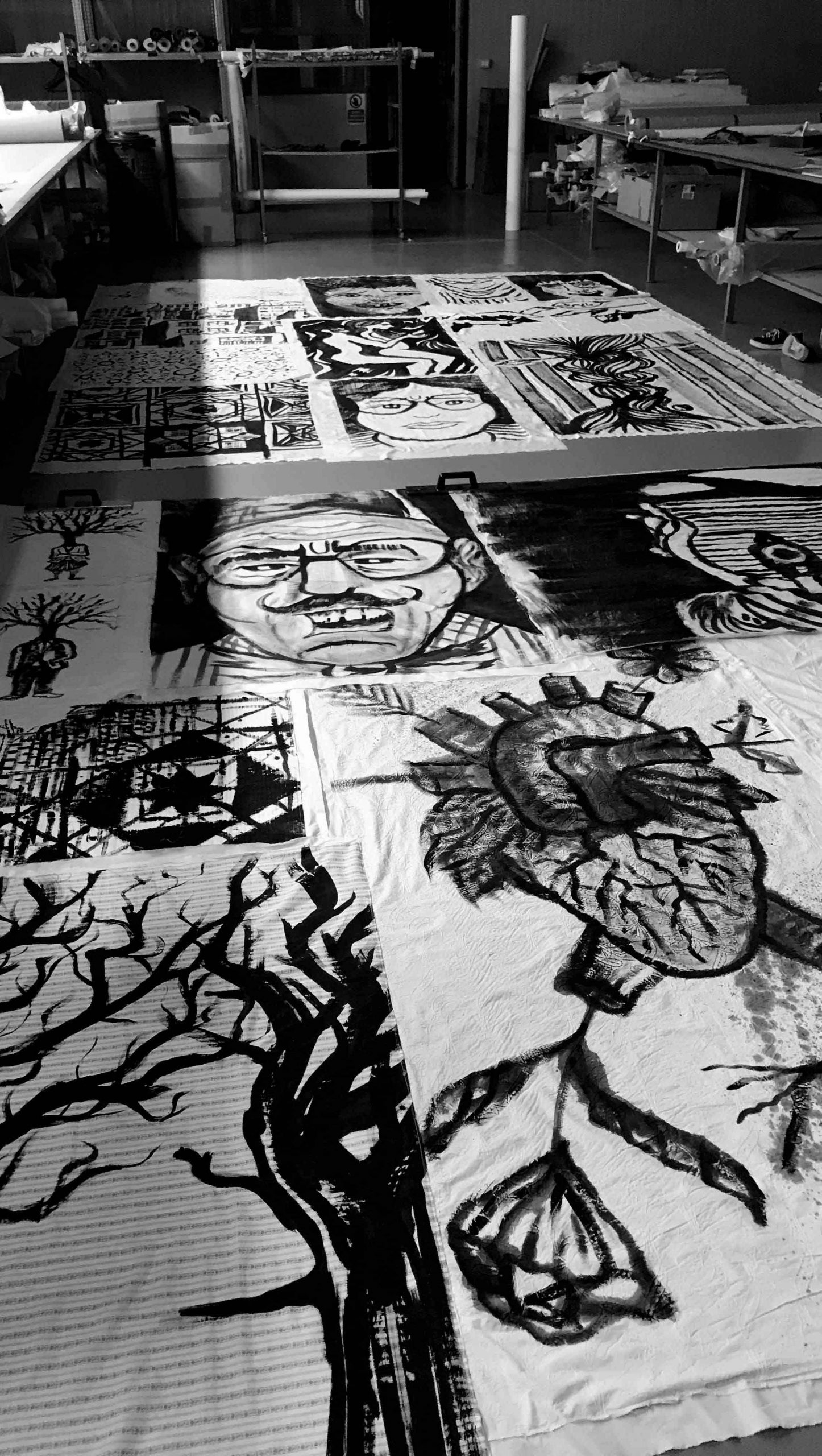 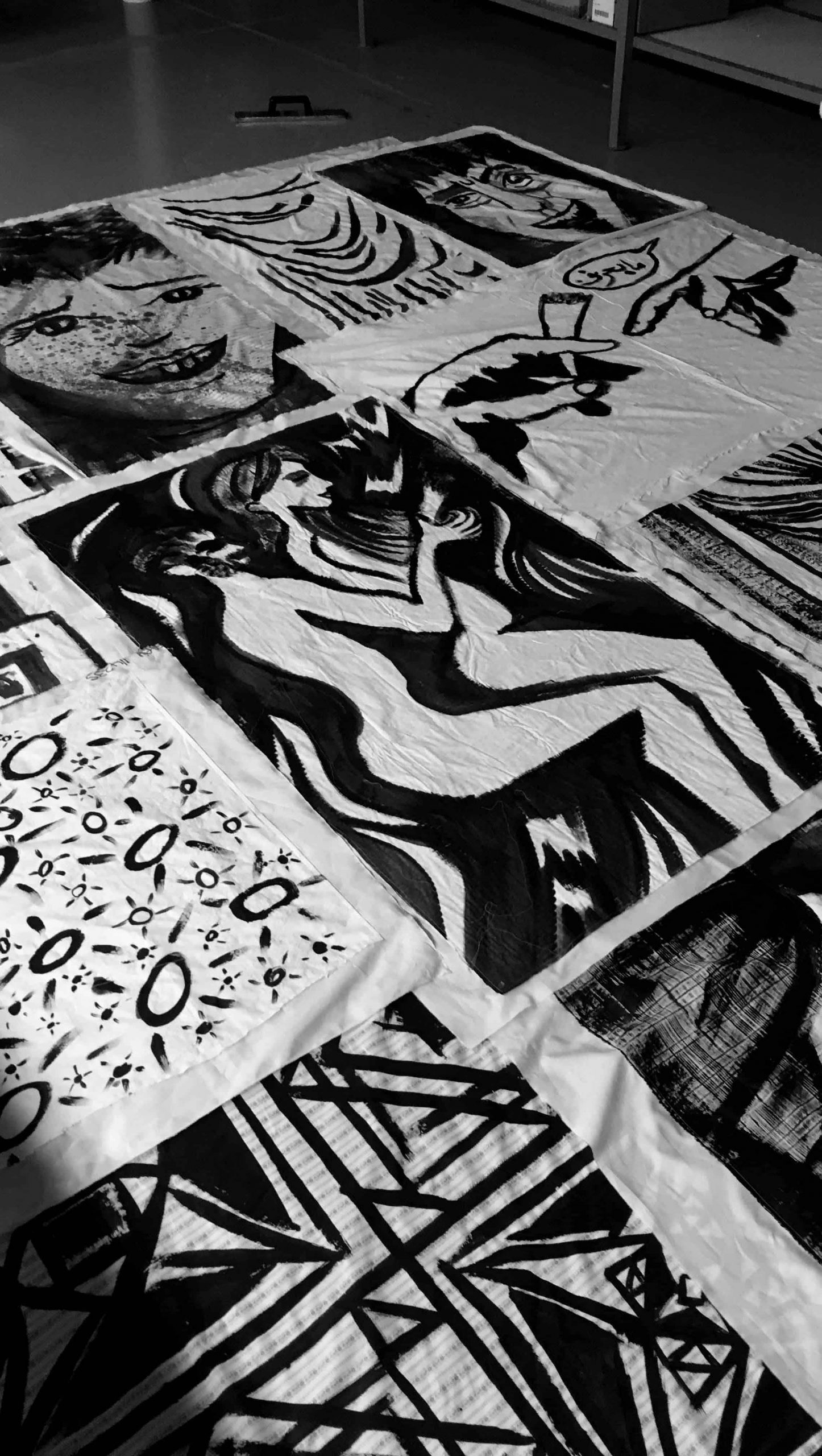 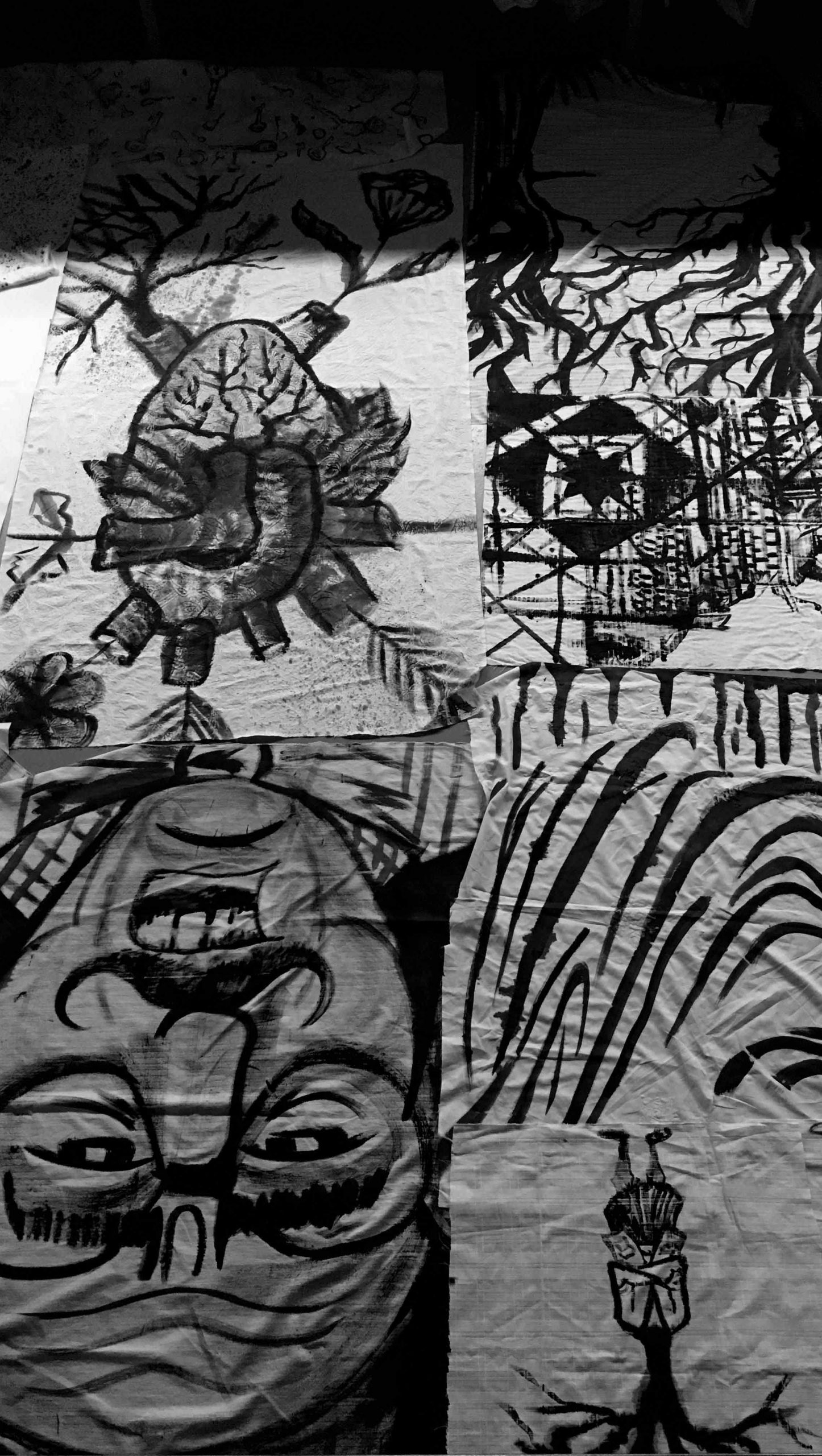 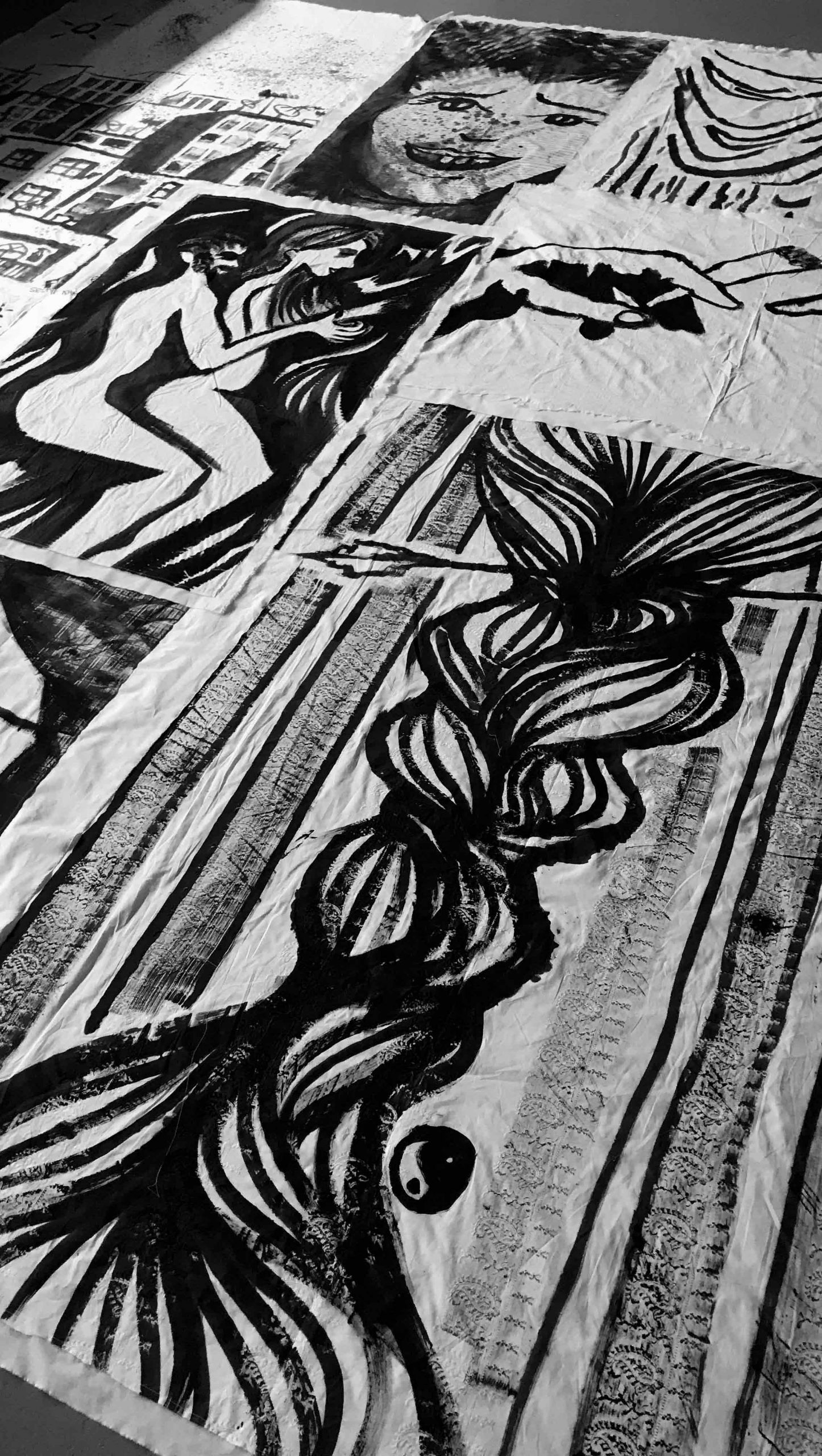 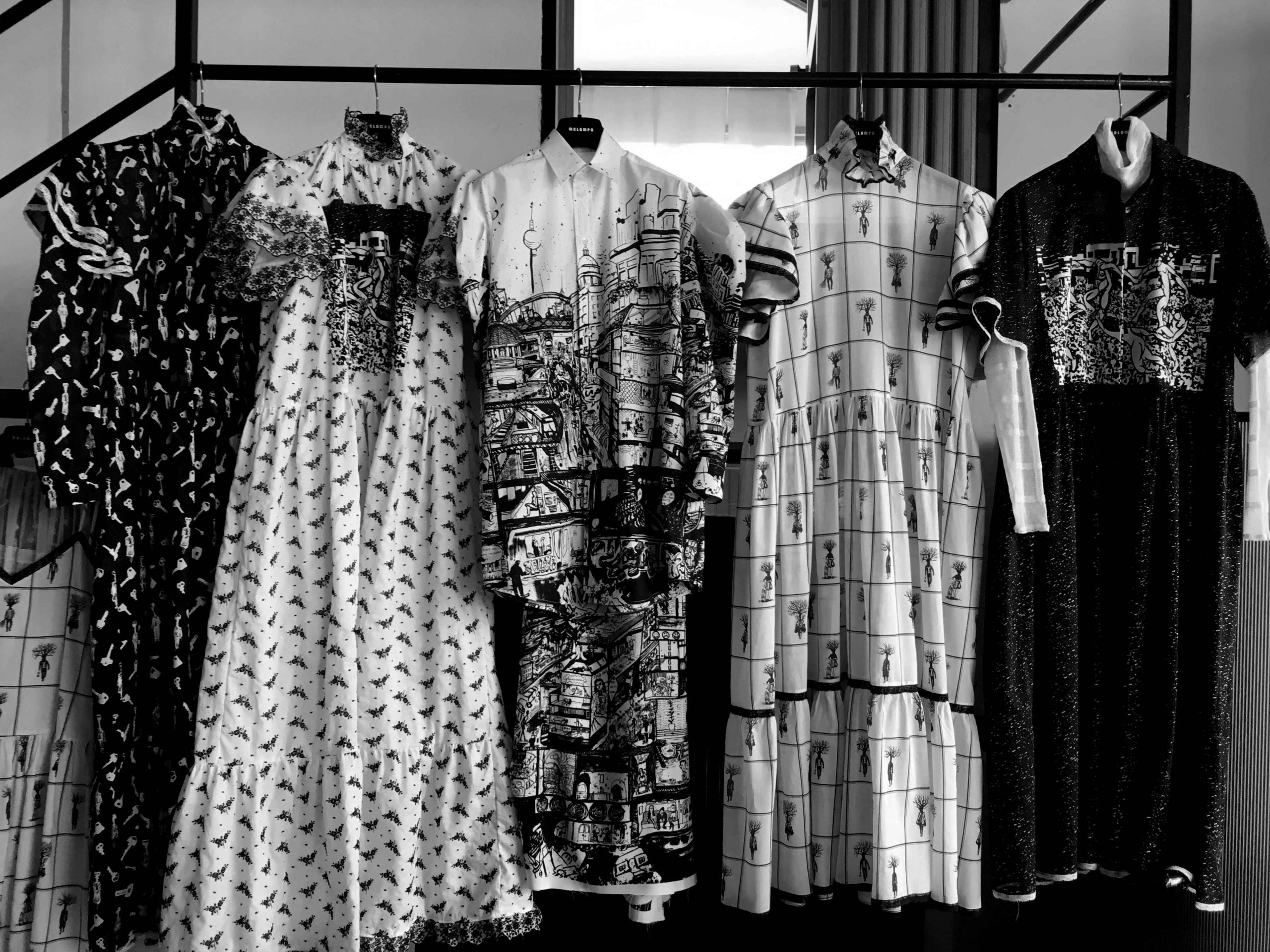 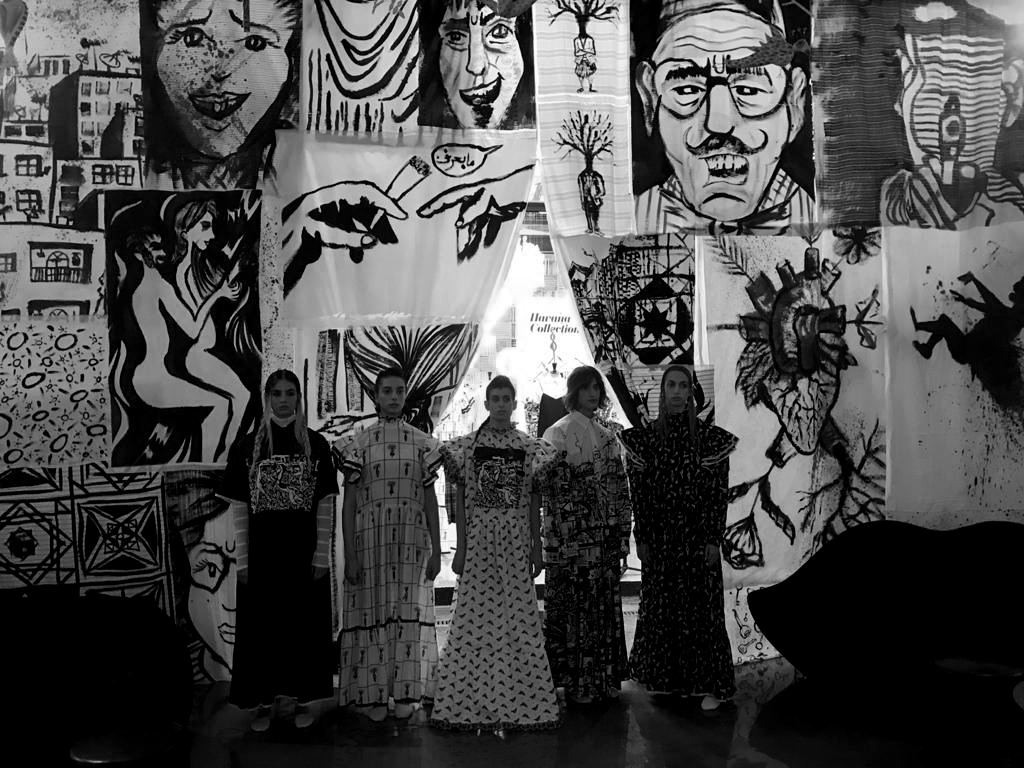 “The vortex of the ring a ring o’ roses of Matisse’s dancers on the city’s ruins, as on the crowd of protesters, made us think of the concept of resilience, a quality that characterizes human nature. Life/Death Love/War, nothing can extinguish the survival instinct in despite of the cultural background, as well as the hope that life can blossom on the ruins; flowers, especially roses, are a recurring theme in the Melampo collections, the only flower growing in our father’s garden, a master of resilience … “ 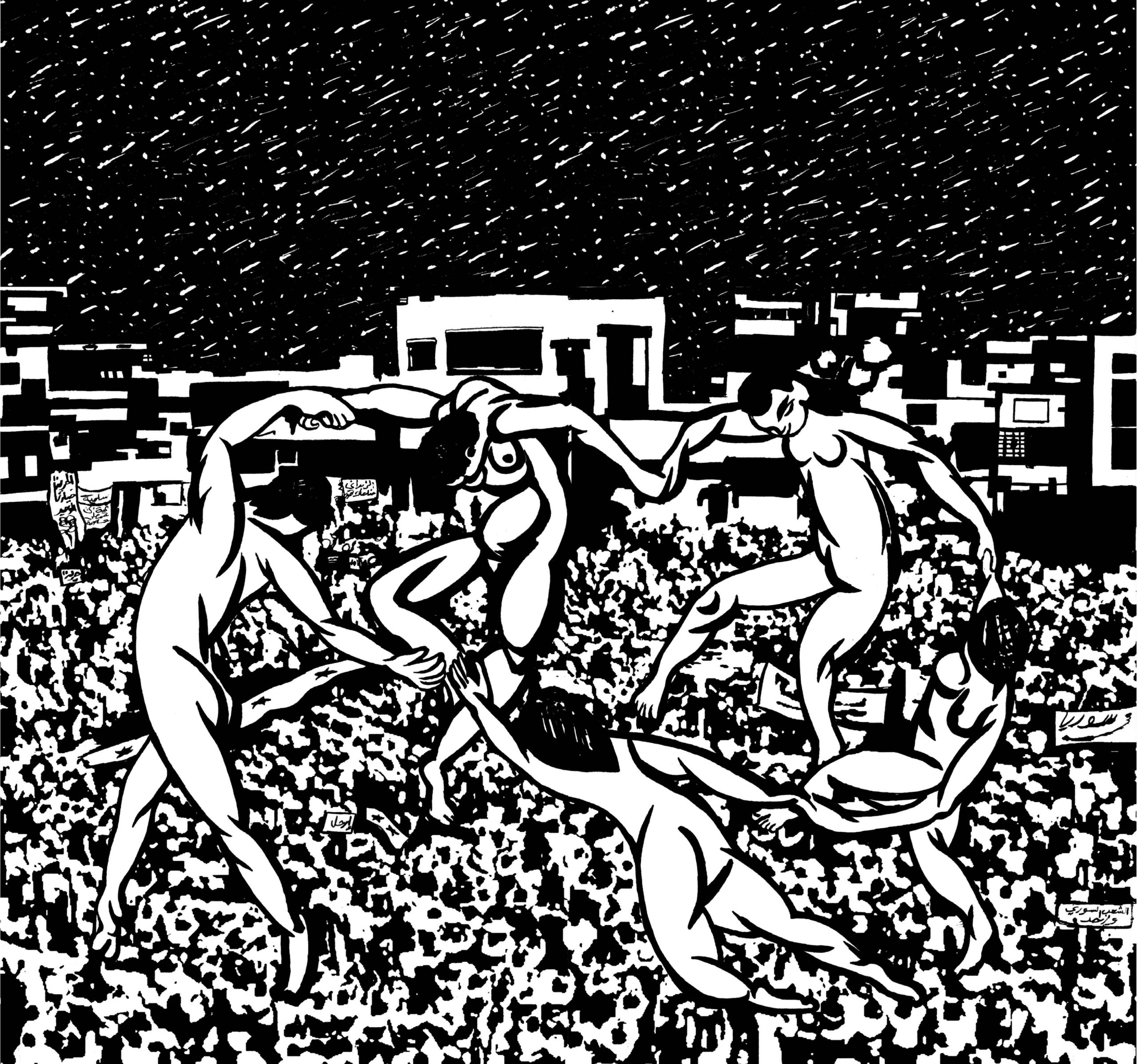 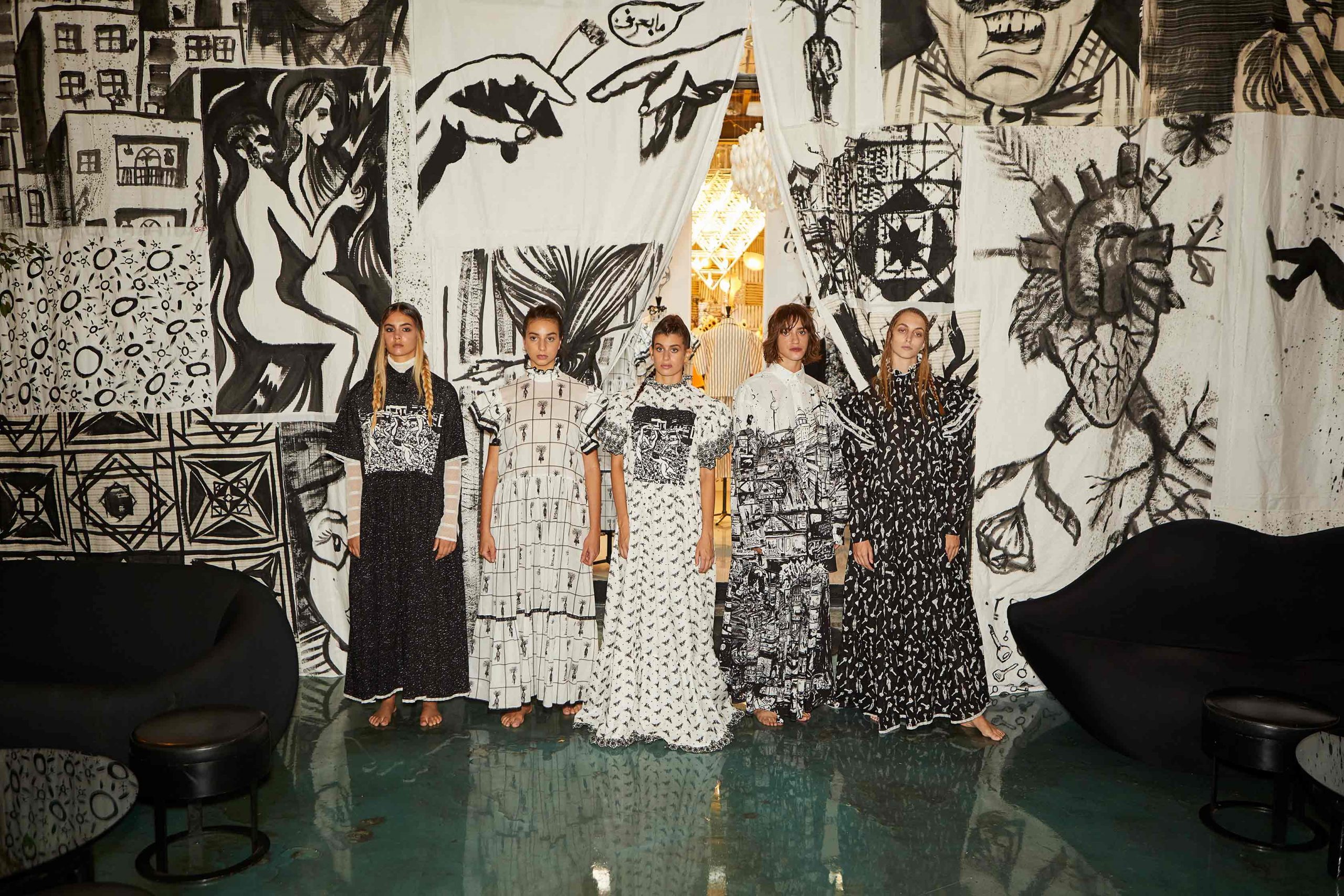 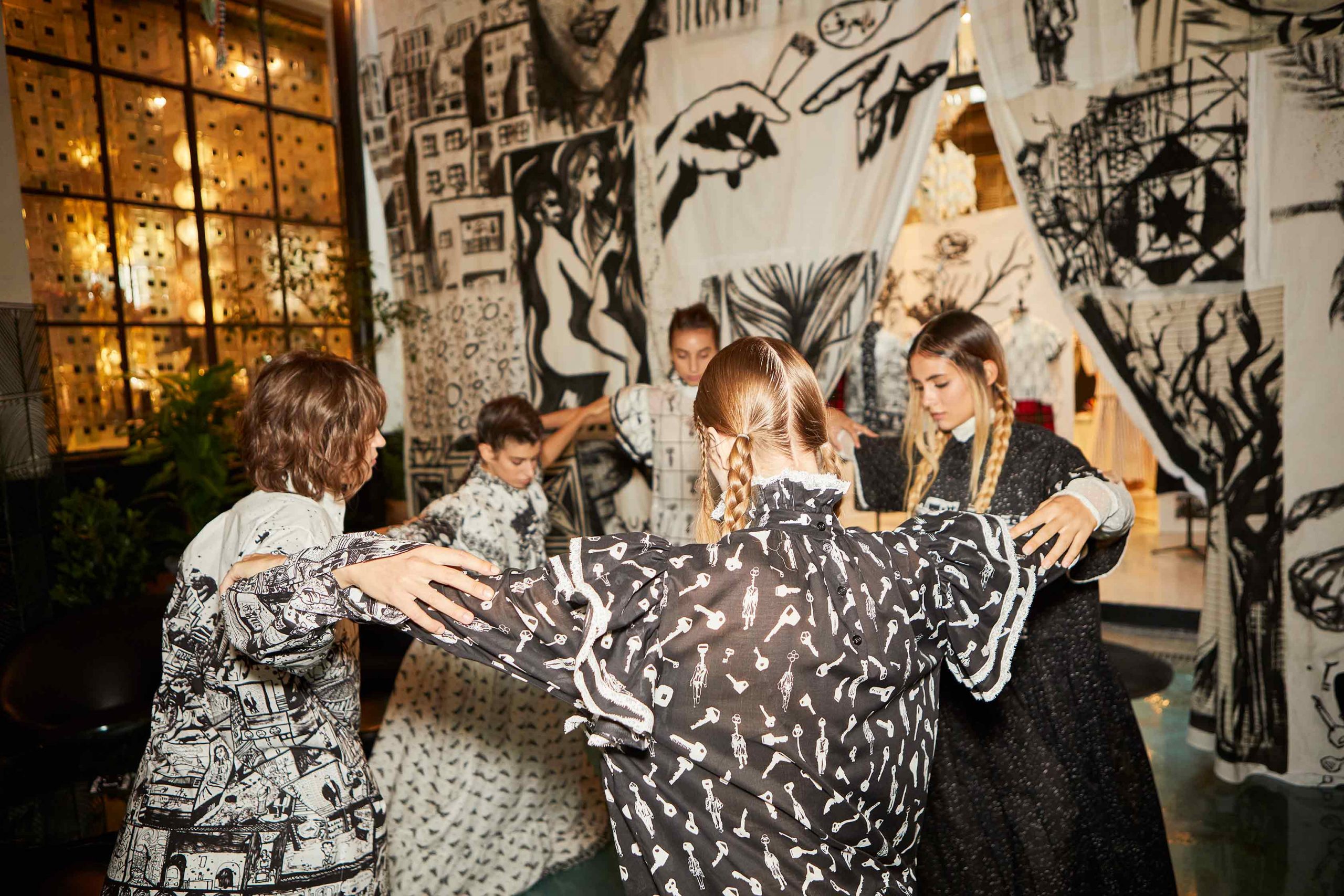 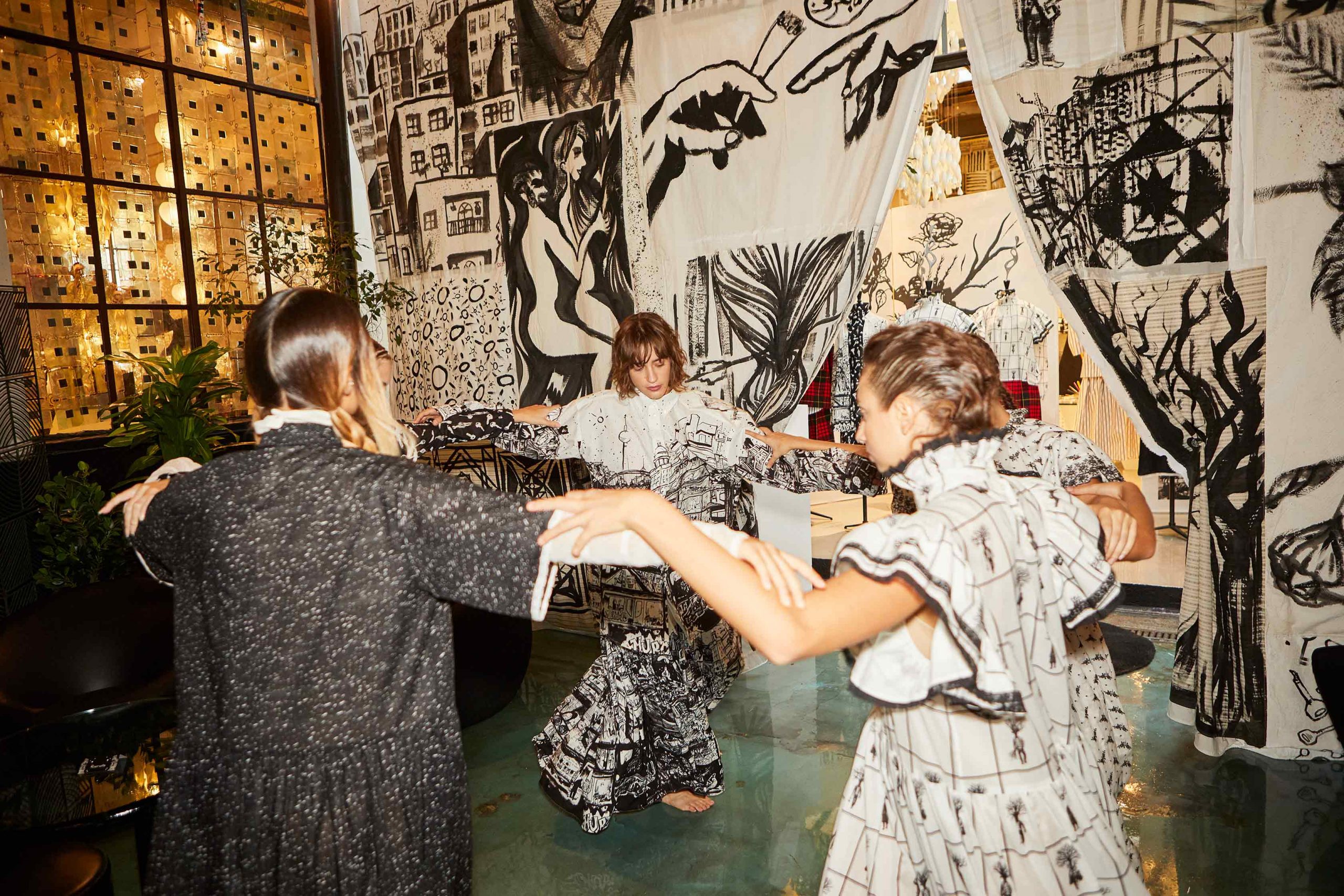 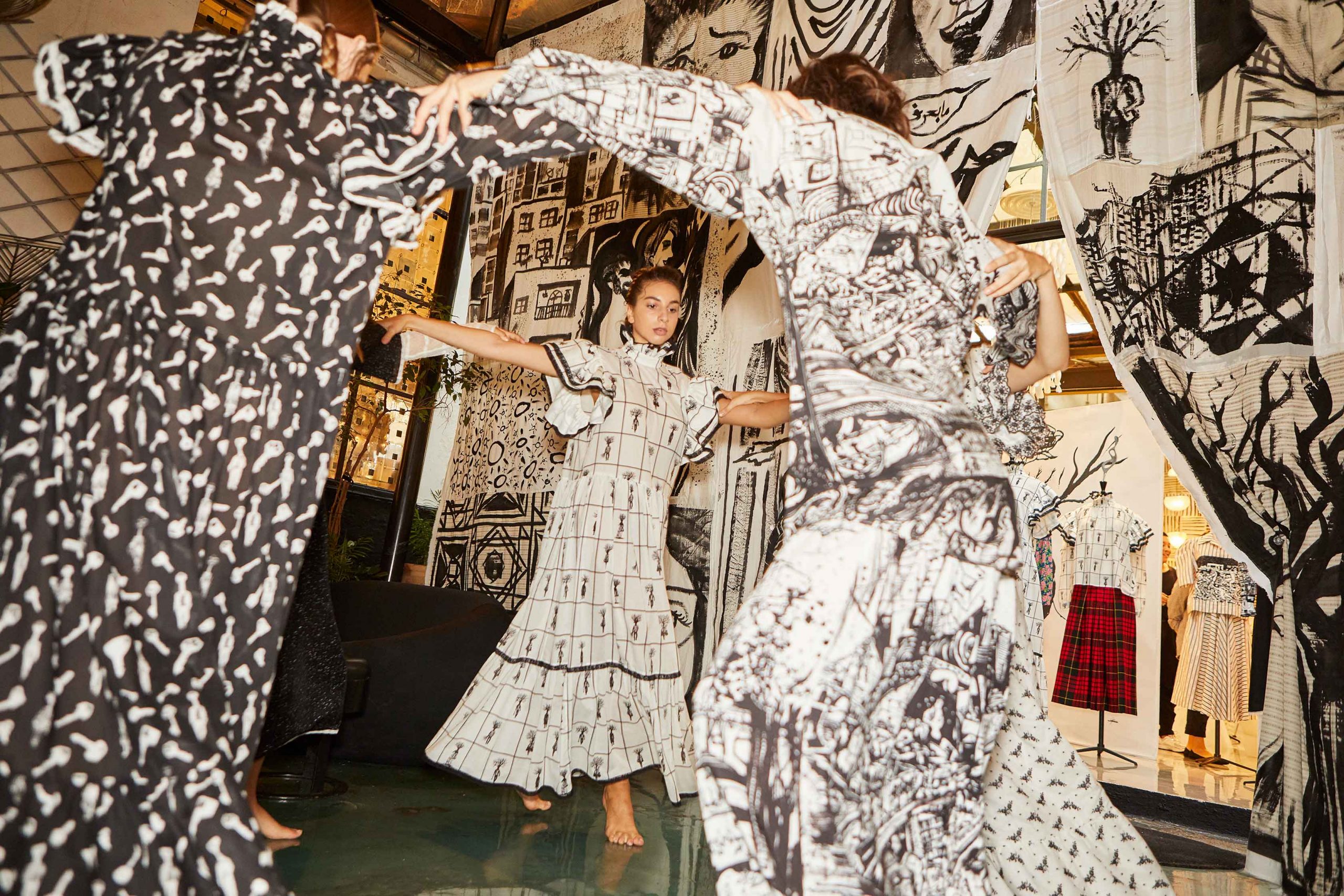 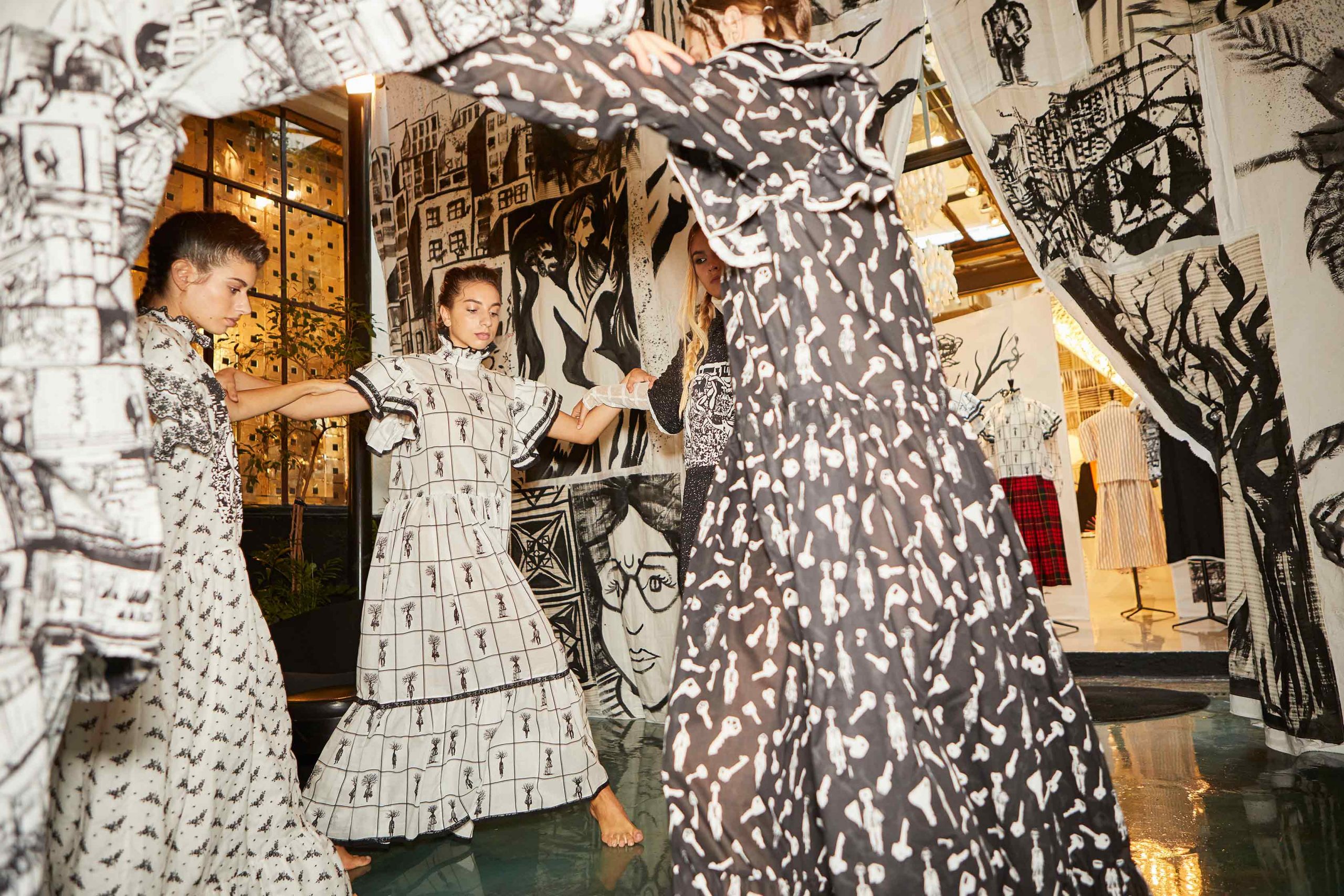 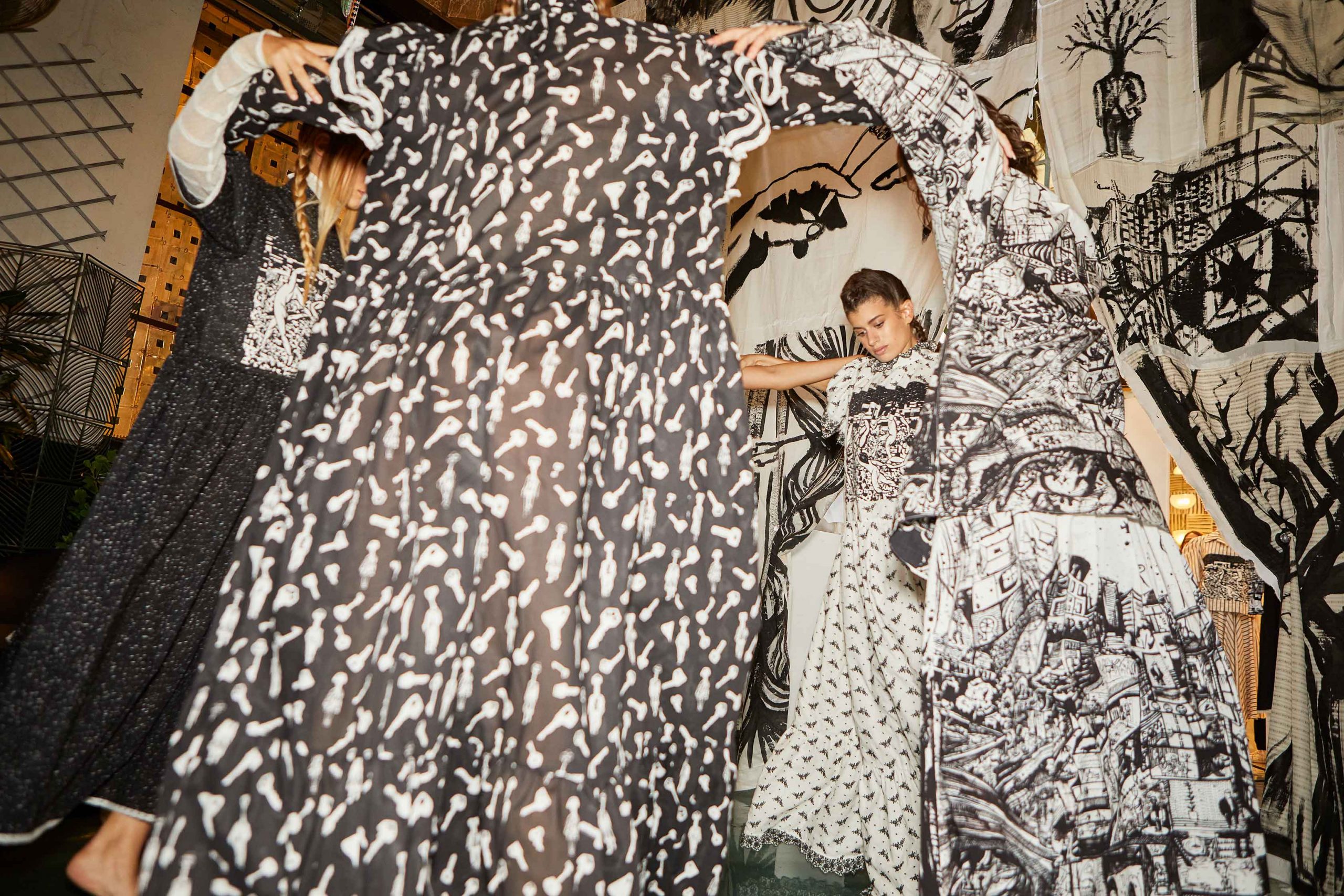